Glasford Telephone Company was started with a switchboard in the front of an old building on Main Street that also housed the barber shop. On March 7, 1953, Robert Zimmerman was named manager of the corporation. He had worked at Caterpillar Tractor Co. for 14 years and not liking factory work, took this position.

In April 1953, the company was incorporated as a not-for-profit corporation. It was called Glasford Switchboard Committee. The first board members were: Frank D. Hess, William B. Karstetter, Lloyd D. Bateman, John B. Goetze, John R. Janssen and Leslie E. Colvin.

A Merger of Seven Companies

One hundred lines of Stromberg-Carlson XY equipment were installed in 1953. These lines were used by six other small, farmer-owned companies for 10-party line service. In 1957, the seven companies merged into the Glasford-Kingston Mines Telephone Co. 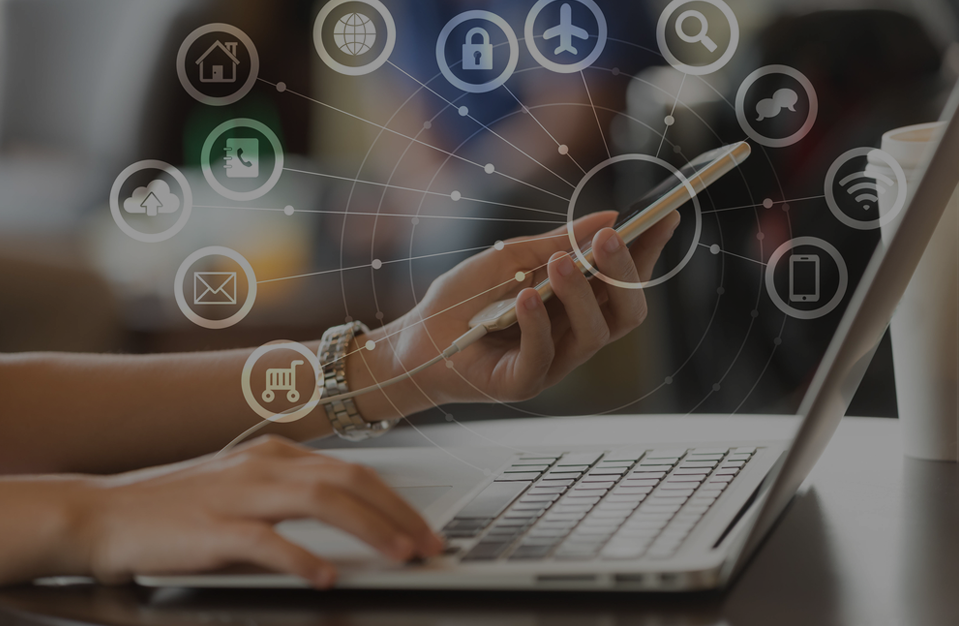 On May 10, 1961, Larry Clauson was hired fulltime to assist Zimmerman in maintenance and repair for the company. The company hadn’t had a fulltime maintenance employee before this.

In the spring of 1966, the company began installing new cable and switching equipment to give one-party service in Glasford. That fall, the company also purchased cable to go to Kingston Mines for the same purpose.

The company purchased a 30-by-54-foot Morton building for use as a truck and equipment garage in January 1968. Also, the company’s first new truck was purchased from Huffman Chevrolet in Farmington for $3,495.

In June 1969, the company purchased a new Omsteel trencher for $7,245 to bury new cable in the rural area for upgrading to one-party service. In the period from 1965 to 1971, approximately $150,000 was spent on cable and central office equipment.

On February 2, 1972, Jerry Whitlow was hired full-time. Whitlow had worked on a part-time basis for the telephone company for several years, helping install and bury cable. He previously worked at Standard Brands in Pekin for many years until it closed down in late 1971.

Mary Lyn LaSalle was hired on July 19, 1973, as secretary and bookkeeper, replacing Sharon Arnold, who resigned. In October 1973, the company purchased a new bucket truck, which was desperately needed to bury cable in the rural area and to install aerial cable in town.

More cable was purchased in 1974 for the rural area, and another 100 lines of XY equipment were ordered. Cable and materials purchased amounted to approximately $60,000.Early in 1975, the 100 lines were installed, 30 lines of subscriber carrier equipment were purchased, and a large PBX was acquired for F.S. services. Also purchased were new office furniture, a 1975 Ford truck, a plow and boring attachment. These 1975 investments totaled $85,000.

At the start of 1976, Manager Zimmerman was in the hospital. The board voted to give him a $1,000 gift. A new PBX was installed in the new high school for $5,100. The company completed burying cable on Route 9 at Kingston Mines. Also, two, four-inch conduit on the west end and one, four-inch conduit on the east end of Kingston Mines were pushed under the new highway.

Mike Rogers was hired full-time in November. He had been working part-time all summer.

In April 1977, Clauson attended Stromberg-Carlson XY school in Rochester, NY. In July 1977, Stan Brown was hired full-time to replace Rogers, who joined the Navy. Also, $60,000 was spent for more new lines and cable.

On July 14, 1978, LaSalle resigned as secretary, and Mary Chamberlin was hired to replace her. Another $20,000 was spent to purchase cable to go to Kingston Mines. In 1979, cables were installed to Kingston for private-line service. In 1980, the company spent $50,000 for a new charger and 100-line addition in office. The company now had 1,300 lines and connector terminals. In 1981, $20,000 of cable was purchased. At the September board meeting, Zimmerman’s retirement was discussed, and he decided to retire November 1, 1981. He had been the manager of the company since its inception in 1953. He retired with 28-1/2 years of service. Whitlow was named manager of the company, effective November 1, 1981.The company purchased a new truck for $8,100 in April 1982 and a new Ditch Witch combo trencher, plow and backhoe for $38,155 in June.

In January, the company acquired the services of Ernest Shonholz with Associated Engineers to evaluate the installation of a digital switch, which cost $485,000. On August 21, a technical presentation on digital equipment was given at the bank. On September 25, 1984, the board accepted the bid of Northern Telecom for the digital switch and installation ($374,000) and additional equipment and facilities ($97,000). The company also purchased a new computer.

More cable was buried in 1985, and the dial office and mainframe were renovated in preparation for the new switch. Brown went to maintenance school for the switch in February, and Clauson went in April. The new digital switch was cut into service at midnight October 1, 1985. Everything went well.

In 1986, the company had to complete a new road project on Devil’s Washboard Road and bury some new cable in the south part of Glasford. Also, in September 1986, the company installed over 9,000 feet of 100-pair cable on Weber Road to replace 75-pair that had been hit by lightning and other pairs in bad condition in several locations.

In March of 1987, the company purchased buried cable to go to Kingston Mines to replace aerial cable. The total cost was $75,000. the project was started in early April and completed in September. That October, the board decided to give all subscribers Touch Tone service and new Touch Tone phones at no charge. This project started in mid-December and was completed by March 1, 1988.

In April 1988, the company started burying cable in the south half of Glasford. All cables and drops were buried at a cost of approximately $59,000.

Deanna Zeine was hired August 8, 1988 as a part-time assistant bookkeeper.

Pat Gollon had taken over the secretarial and bookkeeping duties December 1, 1988, upon the resignation of Chamberlin, who moved to California due to the job transfer of her husband. Gollon had been the assistant bookkeeper since February 2, 1985.

All splicing in the south end was completed during the winter, and subscribers were hooked up on new cables, all totally buried. Old poles and aerial cables were removed, and the project was completed by April 1, 1989. In April 1989, the company started the project of totally burying cables in the north half of Glasford. This was completed in September at a cost of $25,000 for cable.

Mike Draper started working on September 11, 1989. He was hired to take Clauson’s place as installer-repairman. Draper has worked in several areas of the telephone industry. September 15 was manager Whitlow’s last day on the job. he moved to California to seek other goals. he had been manager for about eight years. Clauson was named manager of the company and assumed these duties October 1, 1989. He has been with the company for 28-1/2 years.

In January 1990, the company installed a new bay of shelves and lines in its switch for $35,000. It is now in the process of hooking up subscribers in the north end of Glasford on totally buried plant.

On February 11, 1991 the company hired Mark Shaffer to replace Draper. Mark would become an installer/repairman and switch tech for the company.

In 1994 the company purchased a new digital switch from Nortel.

On November 9, 1998 Larry Clauson retired after many years of service. Stan Brown was named manager of the company at that time.

On July 2, 2001 the company hired Ryan Skolaski to work full time. He also would become an installer/repairman and switch tech.

In 2003, the company started a fiber optic cable ring and completed this project in 2005.

In May 2006, Deanna Zeine retired from the Telephone Company.

Glasford Telephone Company was started with a switchboard in the front of an old building on Main Street that also housed the barber shop.